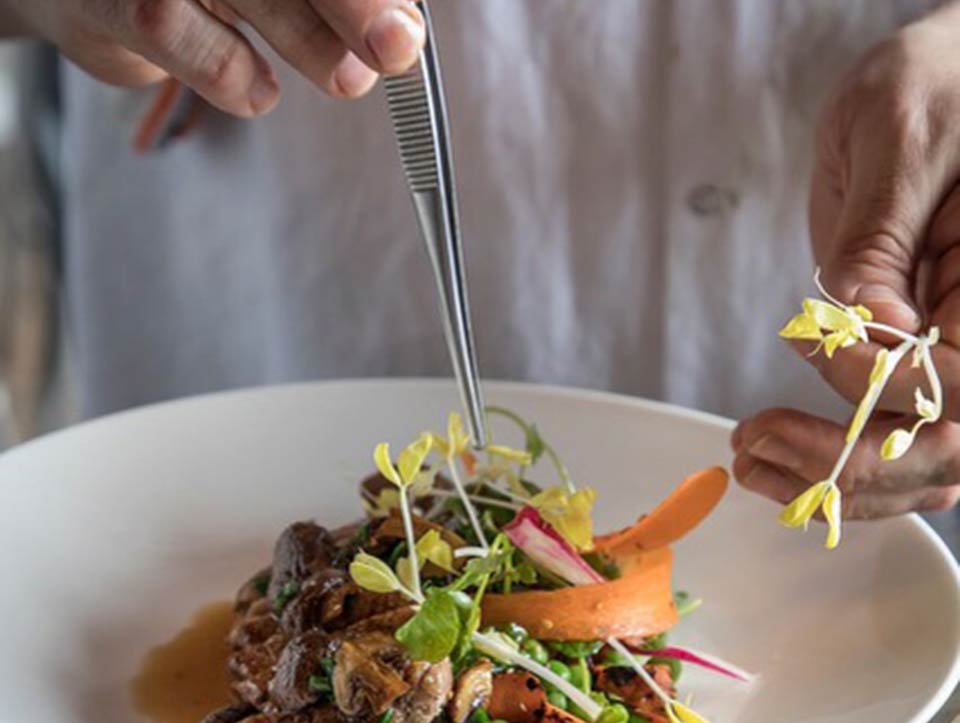 Revival, a modern Southern eatery that opened in June at 162 East Bay St. in Charleston, harkens back to the roots of Holy City cuisine by combining classic ingredients and recipes from South Carolina’s past with contemporary flair. The menu centers around modern versions and presentations of dishes drawn from the state’s history, such as its take on William Deas’ original recipe for she-crab soup and a traditional seafood perlou, a crispy disk of Carolina gold rice mixed with butter-poached lobster, crab and shrimp.

“It’s true to the nature and definition of the dish, but we just present it in a more contemporary manner,” said Revival Executive Chef Forrest Parker.

The crab cake recipe derives from Crabmeat Remick, a signature dish for many years at Perdita’s, one of Charleston’s first nationally-recognized restaurants. Parker’s creations also feature many of the heirloom crops that are moving through a process of revival. Parker cited incredible stories like efforts to revive the Carolina African runner peanut and the Bradford watermelon – both of which have seen great traction since being reintroduced into Southern cooking.

“As a chef, to be able to feature these items in contemporary iterations for guests that were gone and essentially extinct for over a hundred years is a pretty special place to be cooking from. It’s pretty humbling,” explained Parker, one of four people appointed in 2016 by then Gov. Nikki Haley as a South Carolina chef ambassador.

“I think there’s a lot of value and interest that can be generated by bringing back these once-forgotten ingredients and presenting them in a way that is very much 21st century,” remarked Revival General Manager Pietro Giardini.

Marketing Director Wesley Sang told me that Avocet Hospitality Group hopes to help spur a movement to revive this section of the peninsula, which was once a dining and night life hot spot.

The concept for Revival is a refined yet casual dining experience. It’s an open design with light and airy elements and doors that open out to the street, giving it a brighter ambience.

“We want our guests to have an experience that is carefree and relaxed, with service that is on point, but not formal and not stiff,” said Giardini.

Come wearing jeans if you like; just remember to bring your appetite. Revival’s menu is primarily conceived so that guests can customize their meal with a la carte steak, seafood and side dish options.

“I really pride myself on my ability to make people happy, and that’s really what I want to do more than anything,” said Parker.

Revival’s cocktail philosophy eschews the mixology trend and offers a rare focus on the aperitif part of the experience, where cocktails have a lower alcohol by volume and are geared toward providing a little sparkle and excitement before your meal.

“It’s an enticer; it’s something that gets you ready for what is to come,” noted Food and Beverage Director Erick Zanghirella.

Revival uses fresh, seasonal ingredients and makes cocktails that are more conducive to the overall dining experience and complement the vibrant atmosphere. Additionally, they offer a compact wine list that rotates regularly.

0
Previous Post: « So Why Aren’t They Called ‘Shut Up Dogs’?
Next Post: Locals Sushi: Rollin’ Up Flavor »