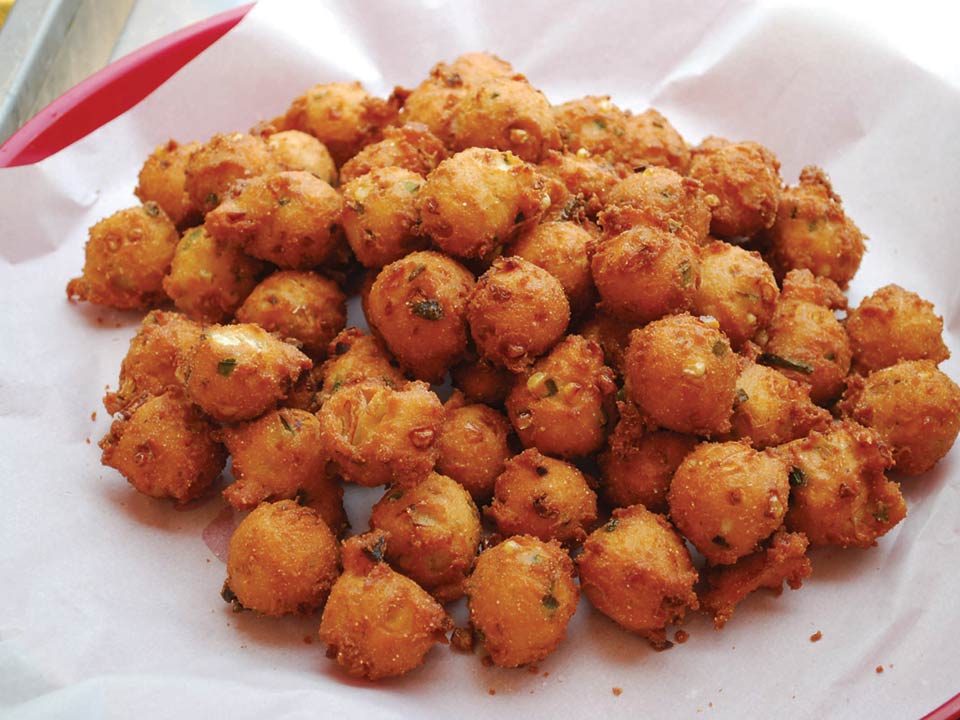 If you’re eating seafood at any respectable restaurant in the Lowcountry, chances are your meal will include at least two or three hush puppies – maybe more if you can convince one of those uninformed souls you are dining with, possibly someone from Ohio or Pennsylvania, that those little balls of fried cornmeal are nothing more than decoration and not really fit for consumption.

Good luck with that. 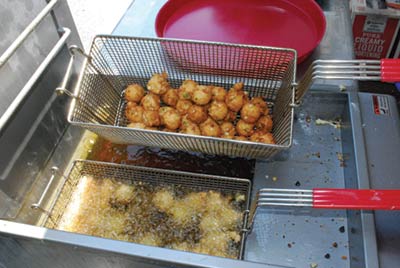 Hush puppies are a staple throughout the South; it would be strange indeed if a server at an eatery in, say, South Carolina, Georgia or Alabama, showed up with your dinner of fried shrimp or catfish, and it didn’t include at least a few of these tasty morsels. Has a server ever asked you if you want the hush puppies with your fried flounder? I don’t think so.

Around here, most puppies are balls, but, occasionally you might encounter some that lean toward the oblong. Their geometrical classification really doesn’t matter – they taste good, and, because they are made of cornmeal, they count as a vegetable. And, as a bonus, they have a funny name.

So where did that name originate? You can search the internet and find an array of possibilities, all of them sort of believable in their own way. There’s the one about denizens of fish camps who would fry their catch, along with balls of cornmeal, and toss them to the dogs to quiet them down. Apparently their barking scared the fish away. I can’t imagine a macho Southern fisherman saying “Hush, puppy,” but that’s the way the story goes.

There’s another one about nuns in New Orleans who brought the art of hush-puppy making with them from France, but that story doesn’t make any effort to explain the name. Another option also emanated from Southern Louisiana, where people of Cajun descent apparently breaded, fried and actually ate salamanders – they called them mud puppies. Not all that anxious to tell their friends and relatives what they had consumed, they kept “hush” about it. Good plan.

Seeking to find the real origin of the term hush puppy, I conversed with three local experts: longtime chef Phillip Nix; Eli Hyman, owner of Hyman’s Seafood, one of the Lowcountry’s most popular restaurants; and Glen Avinger, who has been frying up hush puppies for four decades.

Nix, who grew up in the restaurant business – he was busing tables in Lakeland, Florida, at the age of 7 – said he heard the term hush puppy originated during the Civil War. Confederate soldiers eating their dinner would hear Yankees nearby – probably those people from Ohio and Pennsylvania – and throw balls of fried cornmeal to their dogs to shut them up.

Nix, who has worked as a chef for several Charleston-area restaurants and also has a catering service known as the Palmetto Party Wagon, pointed out that hush puppies originally were fried in cast iron skillets and that they used to be called spoon cakes. His version is made up of a mix of flour and cornmeal; baking powder; sugar; corn; onions; buttermilk; and jalapenos. He deep fries them at 325 degrees for eight to 10 minutes. And he warned that amateurs might think twice about trying this at home.

“If you don’t know what you’re doing, things can go horribly awry,” he said.

Hyman had a little different take on the origin of the name. He said back in the day, when servants did the cooking for some Southern families, the kitchen was in a separate building. They were told to whistle while bringing meals up to the main house, because, if you’re making noise with your lips, you can’t be eating food meant for your master. But if the dogs were barking no one could hear the whistling. So the slaves would throw them fried cornmeal balls to shut them up.

Hyman, who said his restaurant serves up millions of hush puppies every year, pointed out that his puppies are made from beer, sugar, honey, corn meal mix and onions.

Avinger, a Mount Pleasant resident who fries up lots of hush puppies for charitable organizations such as his church and to help victims of natural disasters, thinks the term long predates the Civil War.

“The servants slept in the cook sheds, and, if anyone came to the door, the dogs got excited because they knew they were either going hunting or getting something to eat. They would be barking and carrying on,” he said.

He said everything in the South used to be breaded with cornmeal. Since the servants didn’t want the dogs jumping on them, they would scrape the bottom of the pot for cornmeal balls and throw them to the dogs to shut them up. I guess they also said “Hush, puppies.”

Avinger pointed out that hush puppies are simply fried cornmeal. Adding onions, jalapenos and anything else makes them corn fritters.

Regardless of their shape or ingredients, hush puppies are a quintessential Southern food, something diners south of the Mason-Dixon line would not want to do without.

“People grew up on them. It’s a cultural thing,” Hyman said. “It’s a comfort food, and, if they are made well, they really taste good.”