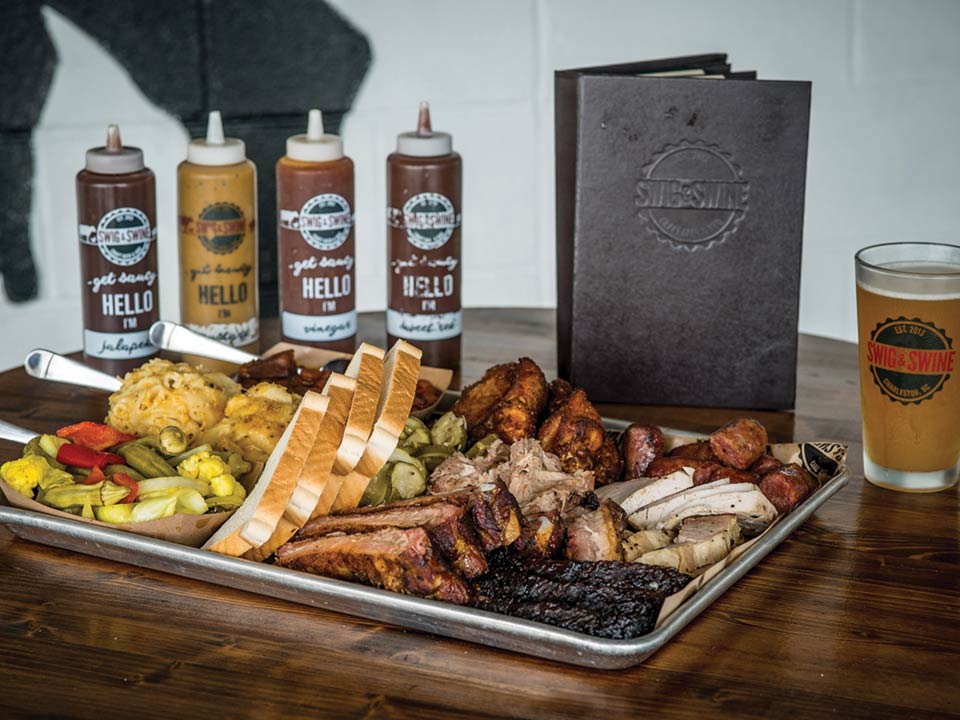 The most recent addition to the Queen Street Hospitality Group, Swig & Swine in Mount Pleasant, opened its doors in March of 2018 but hosted the official launch party this past September. Since opening the original West Ashley location in 2014, co-owner Jonathan Kish remarked that the restaurant received much attention, leading him and his partner, Executive Chef Anthony DiBernado, to continue their success by launching a Summerville location in 2016.

Kish, who is also the CEO of the Queen Street Hospitality Group, decided early on in his career that he didn’t want to be involved with the restaurant business, so he pursued a job as a financial planner. However, after an unexpected turn of events, Kish ended up starting a barbecue restaurant in Scottsdale, Arizona.

“I realized that I really did have a lot of fun with it,” he explained. “I had to write the entire menu, execute 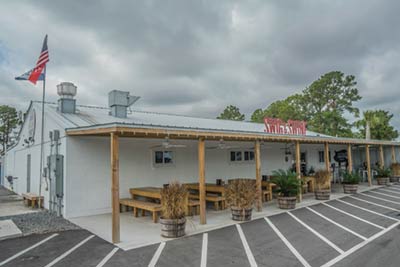 the kitchen, bring my background into it, but, once it was off the ground, I just had my first kid – it felt like it was time to go. I still had that barbecue itch though.”

Years later, when Kish was working with restaurants in Charleston such as Lowcountry Bistro and 82 Queen, he and his partners in the hospitality group met DiBernado, a local chef who kick-started his culinary career when working in as a submariner in the Navy. After four years, DiBernado left the service and worked in a number of Charleston kitchens before helping to open Rita’s on Folly Beach.

“When we met Anthony, he wanted to barbecue, and I was excited because I had been wanting to do barbecue in Charleston for a while,” said Kish. “It was just the right time.”

While many barbecue joints operate in Charleston, it can be difficult to determine which to hit when you’re craving classic down-South barbecue. At Swig & Swine, the food stands out from the crowd because every piece of meat is cooked with a traditional all-wood smoker.

“Everything is all wood, so we’re actually running fires all day to cook our meats, versus relying on regulators and gas and electric equipment,” explained Kish. “So I think this more old-school approach to how we do our barbecue actually translates into a better product.”

Now the restaurant group has its sights set on expansion. Once the Mount Pleasant location, located on Highway 41 near the Wando River, continues to grow and establish its place in the culinary community, Kish and his partners hope to broaden the brand.

“There’s definitely growth on the horizon for Swig & Swine,” he assured. “We’re still evaluating whether growth in Charleston is more feasible or looking outside the area – possibly places like Greenville, Columbia or Beaufort. A lot of what we’re doing internally is looking at refining our processes to be able to do things like how we cook our meats and prepare the sides to make a consistent product across all locations.”

Until then, you can satisfy all your barbecue cravings right in here Mount Pleasant.